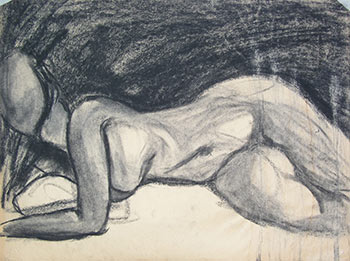 Oh, it's Wonder Woman all right. You just can't see the Golden Lasso.

You may or may not know this about me, but I first wrote professionally for an animated movie review show. There was another animated movie review show with a similar underworld-meets-Siskel-and-Ebert schtick going around, and we had contrasting approaches to the movie review process. One show would watch the movies, write the scripts, record the sound, animate the show, and then review the movie six months after it came out when nobody cared. The other show would make use of shadowy media contacts and gossip columns and so on, prejudicially guess at what the movie was going to be like, usually with some measure of juvenile spite, and then release the review slightly in advance of the movie so as to take advantage of the collateral publicity, which, along with the employment practices, made it an amazingly amoral job. I had the chance to write with a number of respectable comedians, but you notice how I don’t name them or the show?

Anyway, I stand by the reviews I wrote. Seriously, the way movies are made? If you can’t tell pretty much what you’re getting six months in advance, people haven’t been doing their jobs.

So I have maintained, as they say, shadowy media contacts. And in the public interest, I am going to let you in on a little secret. I have some pals who will be salivating over this information.

I know the storyline of the upcoming Wonder Woman movie.

And I am going to take a chance and share it with you.

The basic origin story, what with old Steve Trevor crashing on Amazon Island and all that, takes place over the opening credits. The actual story starts with Steve and Diana on their first date. Steve is telling Diana – who is Wonder Woman, I think it’s Diana Prince or Price or something, but when she’s dressed in real lady clothes she’s Diana – he’s telling her how much he loves planes, and how he loved planes so much when he was a kid it turned him into a pilot. He’s in love with planes so much it sounds like a medical condition, which turns out to be the case.

Steve Trevor says, “Can I see it?”

And Diana says, “No, it’s invisible,” and unconsciously folds her butter knife. There is sweat on her forehead so you can tell she’s nervous.

Steve says, “Well, can I touch it then?”

Diana gulps visibly, and says, “You can’t because I brought it from Amazon Island and it’s a girl plane so if a boy touches it, it goes away.”

Diana gulps and sweats and just balls her butter knife up like it was aluminum foil. “Sure!” she says. “I’ll show you my invisible plane next Friday!” And if the actress does her job, you can tell she gets calm all of a sudden. “Probably next Friday, if my plane’s still okay. If it isn’t, I might have to do it later.”

And now Steve is the one that’s worried. He says, “I really hope your plane’s okay. If a plane gets hurt, it makes me feel the way a normal person feels if a pony gets hurt, and the pills the doctor gave me for it totally, utterly, and completely kill my sex drive so I don’t take them all the time and I like you so much I haven’t been taking them. Honest, I like you a whole lot, but I just don’t know what my doctor will prescribe if anything happens to that plane.”

Wonder Woman calls up her friend Etta Candy and asks for advice. Etta says, “I’m a sidekick so I don’t know much about boys. If Steve has the initials L.L. you should ask Batman for advice, but otherwise Superman is the romance expert.”

Cut to Antarctica, which is the continent of romance because the cold encourages snuggling. We are at the Fortress of Solitude, so-named to get a reaction out of Lois Lane. (This isn’t in the movie, I just know a lot of Superman stuff.) Superman and Wonder Woman are standing outside in the wind and snow screaming at each other in their supervoices while wearing their skimpy, revealing uniforms.

“… and now he thinks I’ve got an invisible plane,” Wonder Woman says. Screams, actually. According to my friend they show ice cracking and stuff like that whenever they say anything, and their mouths are open really wide the whole time. “Oh, Superman, what am I going to do?”

“That’s quite a pickle,” Superman hollers. “But if you’re willing to base a lifelong commitment to another person on a falsehood, I think I can see a basis to proceed.”

Wonder Woman bellows, “Okay, I can do that! Anything but the truth!”

Superman embraces her. Even though they are possessed of hypersexualized bodies and the only thing between them are two layers of Spandex and a nasty wind-chill factor, it is totally platonic. Superman puts his lips to Wonder Woman’s ear, and whispers – screams, actually – “Welcome to the life of the lie!” You can tell it’s a real moment for both of them.

Then Superman teaches Wonder Woman to fly in a montage. It’s a serious Antarctic helicopter shot festival that seems to go on forever. At one point it looks like she’s going to give up, but not on Superman’s watch! Wonder Woman says, “Why are you making me do this?” but he just keeps driving her on with his relentless Kryptonian will.

Finally, just as she starts tentatively lifting off and hovering over the snowdrifts, Superman says, “Not like that.” And he squats as though he’s sitting in an invisible chair, and reaches out his hands as though adjusting invisible controls, and then he lifts off!

You can see the dawning comprehension and relief in Wonder Woman’s face. She’s not in a pickle. Etta was right, as usual. No wonder they call him Superman!

So cut to Toronto or wherever it is that Steve Trevor lives. I think it’s supposed to be New York and my friend said they were filming in Toronto. That stuff always mixes me up. Anyway, it’s outside in a park with tall buildings, and there’s a big field, and Steve Trevor is looking up at the sky.

There’s a speck in the distance, and it gets closer and closer, and you can see it’s the butt and legs of a woman in a Wonder Woman swimsuit and go-go boots, and when she gets close enough it turns out that it is Wonder Woman and it’s not a swimsuit, it’s her uniform. She cruises in and hovers about fifteen feet off the ground, and then pretends to walk down a flight of invisible stairs. You can tell she’s been practicing, but there’s an endearingly awkward quality to her motions that will charm you, the viewer, or so I am told. When she gets to the bottom, she waves at the sky, and pretends to watch as something lifts and flies away.

Then Wonder Woman walks over to Steve Trevor, ready to lie like her pants – which she is not wearing – are on fire. She says to him, “My plane lives in the sky.”

And he melts. He just melts. “Wow,” he says. “I loved you from the moment I laid eyes on you, but until just now I never knew how it felt to love a woman with the coolest plane in the world when you’ve got a condition like mine. I am so glad I’m not on my pills.”

And they kiss. The End!

In the credits you see Etta Candy in a warehouse working a forklift. And on the forklift is a huge yellow egg with a prehensile Fu Manchu mustache. He’s a Wonder Woman villain from the comics, and his name is so racist I won’t type it and so obvious I don’t have to. She moves him, as he protests in a cringe-inducing accent, through the warehouse, eventually setting him down in an open space. After the credits, she gets a hatchet and cracks him open as if he were an ostrich egg, working her way around the top as the pitch of terror in his screams builds unbearably.

I promised I wouldn’t tell you what’s in the racist caricature, but believe me. It’ll be worth the ticket all by itself. Superhero movies are the best.

(Update -- since they aren't going to use this script, I can reveal that it was intended to be the introduction to a Marvel/DC crossover, and the creepy egg dude turned out to be harboring a tiny little MODOK. Damned shame -- I'll miss this movie the way I miss the John Sayles Jurassic Park sequel.)
Posted by Sean Craven at 5:10 AM No comments: