I'm going to try and do quick, cartoony illustrations for blog posts for a while, just to try and get the hang of this kind of work. Once I feel comfortable with drawing cartoons, well. I'm not gonna worry about that now. Don't want to get ahead of myself...
So I seem to have the worst of my depression whipped for the moment. I've been eating and sleeping more, drinking less, and I've been getting some work done.

The new story is something different for me, which will surprise no-one who's familiar with my work. It's relatively short at the moment, sticks to a single close third-person POV throughout, and is quiet horror, of the sort where nine-tenths of the nastiness lies below the surface.

I want to write more short fiction. Hey, selling a story can do that to a person. So my current plan is to run this story through all of my writer's groups, then send it out and write a new one. Lather, rinse, repeat, so I get a new story out on the market every month or so.

And I'm ready to launch back into the novel. I need to start doing the Holly Lisle revision workshop -- the lessons piled up while I was taking my midwinter dip in the Slough of Despond.

I've signed up for Painter -- the graphics application -- and Narrative Screenwriting II this semester. I've got the same major problem with my script that I do with my novel -- good parts that don't add up to a compelling story -- and I'm hoping that by working on them concurrently I'll be able to develop my storytelling skills more effectively. And if they wind up in conflict? I'll drop the scriptwriting course. But I doubt it will come to that.

Right now I'm being hideously tempted by another writer's workshop, the Taos Toolbox. I cannot afford it. I mean, I can't. But it's run by Walter John Williams. Dude is a plot god. I was admiring his plots a looooooong time before I started writing seriously. If you don't believe me, go read Voice of the Whirlwind. So the idea of having him help me learn the mechanics of storytelling is...

Dang. I dunno. Maybe I should apply and see if something weird happens that might let me attend. These kinds of things have happened before. 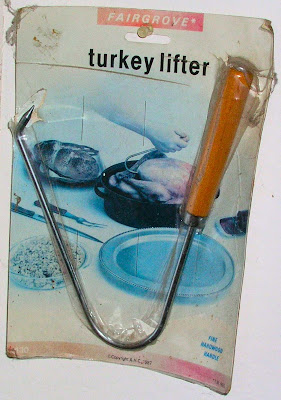 Here's a horrible secret key to understanding the oaf. If you see something in my room that doesn't seem to make any sense, just think of it as a weapon.
Enough with the mopey-ass posts. It's time for something fun, something amusing. How'd you like to hear about the time I almost got my best friend thrown in prison?

It started in Arizona. This was back around the turn of the century. The missus and myself were visiting her father and his wife, and they'd asked us to go to the flea market with them. I dig a flea market. One of my favorite things, actually. Totally grabs me by the hunter/gatherer handle. This was a different kind of flea market for me -- less books, more weapons.

I dig a weapon. So even if I wasn't going to be buying any pistols or shurikens, I was going to look at them. The guy who ran that stand both impressed me and creeped me out. He was a couple of inches shorter than I was, a hundred pounds heavier, and he smiled all the time and spoke in a high gentle voice weighted with absolute authority. I had absolutely no difficulty imagining him killing me if it came down to it, which made me both like him and want to attack him every time he dropped his guard. We primates can be weird like that.

So I was working my way through his stand, sneering at the ridiculous knives with dragons etched on the blades, longing for the punch daggers that looked like oversized broadhead arrows. And then I ran across the one item I couldn't resist.

I'd heard about them. Read about them. Dreamed about them. But this was the first time I'd ever seen them in real life. The thought of one of my punches directed through metal enchanted me -- no, I'm not gonna get into a fight, I'm a fucking grown-up, but still. CHUNK, right into the facemeat.

So I bought 'em. Fifteen bucks. They were labeled as a belt-buckle, and I could almost figure out how the little pin set on the face might work for that purpose. The guy who ran the stand kept smiling at me as I bought them.

"You can't put this in your pocket," he said. "That's a felony. Don't take it out of the package, it's a novelty item. If you get caught with them loose, that's --"

He smiled and nodded, and I was convinced that if he wasn't encumbered by the rules of society he would have killed me right there. I kinda liked it. Made me feel as if I was being taken seriously. As I said, primates are weird.

Of course as soon as I got into the car I had them out of the package and was trying them on. And of course they were too fucking small. For Christ's sake, people of my physical type are the fucking market for brass knuckles. If I were a fictional character, I'd be the menacing butler in a Daniel Pinkwater book, or the guy who knocks Phillip Marlow out in chapter six, or the lead in a crappy '70s sword and sorcery series. Why make small brass knuckles? It was heartbreaking.

All my dreams were cast into the dust, and I was happy to see them there, actually. The missus's family are Jewish, from the East Coast. (As an aside, the plastic plant that writhed and sang Jingle Bell Rock and was referred to as a Hanukkah Bush made it plain that the Abrahamic religions are easily as weird as primates.) Cultured, intellectual, spiritual, artistic, enlightened types...

So I got an extra kick from watching their reactions as they passed the knuckles around. Everybody tried them on, and everybody got this look on their face. And I knew they were thinking about the specific person they wanted to belt, and feeling happy with the mental image the knuckles allowed them to summon. Male, female, young, old -- we were all united in our dreams of carnage and retribution.

When I got back home to California I found out that my music buddy, the Hon. Richard Talleywhacker, fit the knuckles perfectly. So rather than keep them on my wall next to the sickle, the turkey lifter, and the straight razor, I passed them on. Noblesse oblige, don'tcha know.

He was thrilled. Briefly. Put them in his briefcase and forgot about them.

Until he was called in for jury duty, and his briefcase was X-rayed. And they found the knuckles.

"It's a felony to own these. And why were you bringing them to court?"

"They were a joke gift! I didn't even remember they were there!"

Ah. Brass knuckles. Like pornography, a gift that keeps on giving.
Posted by Sean Craven at 10:32 AM 3 comments: