First Hubris Of The Spring 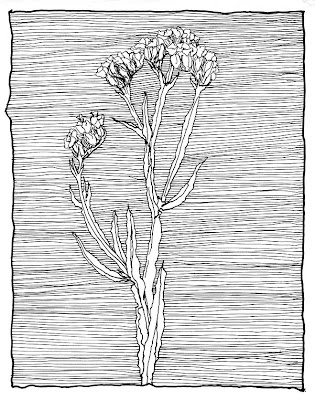 Her great complaint is my negativity,
but see how she reacts to a little optimism:

The Oaf: I just had a horrible realization.

The Missus: Well, stop it.

The Oaf: You know my ringer thing?

The Oaf: I sit up in my room and work on my shit and feel lame and useless, and then when I feel ready I take it out to a classroom or a workshop and--

The Oaf: The last class I took, the teacher actually used the word ringer, right there in front of God and everyone.

The Oaf: There are.

The Missus: You can't be a ringer with a novel! 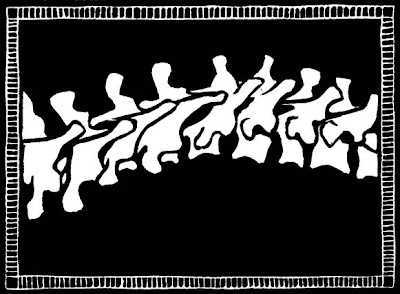 Some months ago, the recliner that's at the heart of my work station broke. I was sitting up, there was a *snap* and a tiny piece of metal flew clicked against the bookshelf, and the chair froze in place, in-between a reclining and a sitting position.

And this is one of the reasons why my back went out on me when I was sitting in waiting rooms to get psycho pills.

The reason it took so long to get my recliner repaired is that the parts had to come from Norway, and I think they took the long way round. But now my work station is functional again.

And last night I lay in bed and thought about how strange it was not to hear my neck making horrible deafening cracks transmitted straight through the cerebrospinal fluid, and not to have shooting pains in my low back and right hip and thigh. It gave me a peculiar warm sense of well-being.

Then it struck me.

I do not like to bitch about my chronic pain because if I were to start, I might like it so much that I couldn't stop. I do not even bitch to myself about it most of the time. So I ignore the pain.

But to tell the truth, it's a major factor in my life. Weekends hurt more because I sit down when I play music on Friday evenings, and I ride in the car with the missus on Saturday and Sunday mornings. I recover over the week, especially if I get chances to take walks. If I fetch groceries from the store, or get a couple of books from the library? More pain.

And it all adds up. It's like money, and I'm always in debt. And if I get too far into the red?

I have to lay down. When my back first went out, I was in bed for more than a year. Went down to a hundred and forty, hundred and forty-five pounds, which at six-three made me a nasty spectacle. This is one of the reasons I did not love the movie Seven. Shit got a little real for me.

What's really interesting is that my resistance to the pain is very much a matter of will -- and as a result, when my will weakens, my perceived levels of pain increase.

What I wonder now is whether or not increased levels of pain can increase my stress levels even if I'm able to shrug them off and keep functioning. I know my pain levels have been bad for a while now...

And that has me thinking that I need to take better care of my back, and investigate getting a cortisone shot, see if that helps.

The missus -- and for that matter, all the public health people I spoke to -- asked, "What's different? Why are you having a crisis now?"

Part of it is pain, and that may be more important than I've previously considered. I mean, don't get me wrong, my chronic pain is not a tragedy. Lots of people have it worse than I do. Most of the time I don't even notice it, really. I actually have to go to an effort to recognize it if I'm doing well.

But I can't tell you how good it feels to have my work station functioning again.

What was it the Romans said? Mens something... A twisted mind in a fucked-up body? And a decent chair to hold the whole mess in one place.
Posted by Sean Craven at 4:11 PM 3 comments: