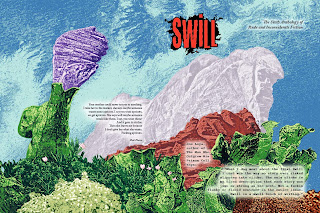 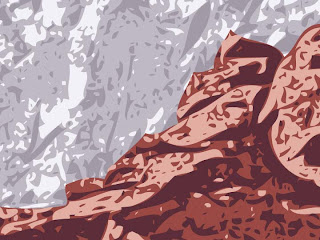 So -- here's the current final design, with Joe's correction, and here's a taste of how the image is being rendered. As I said, this is going to be a vector image, one that can be reproduced at any size. 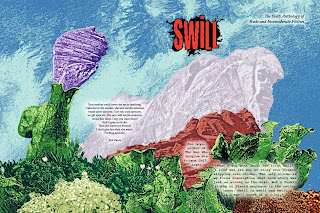 Well, the final design for now at least. Note both the signature flash fiction from Rob, and a blurb from Joe Loya. A long time ago, the missus and I were driving around the East Bay on a sunny Sunday, listening to This American Life. Joe was reading from his book, The Man Who Outgrew His Prison Cell, and it hit me pretty hard. I come from that class of person who typically winds up choosing between prison and the military, and while I'm not a criminal, I've, well. Been in cars, shared apartments, and so on. There have been a few times when I had opportunities, but I always backed away.

Joe didn't, and he gave me a view into the life I dodged.

A couple of years back, I attended Lip Service West to see a friend's performance, and Joe was there -- here's his reading, it's the third one down. This was lighter than what I'd heard from him before, but there was still the same feeling that he and I had a lot of territory in common.

So when he said nice things about Swill on Facebook recently, I was pleased indeed. And when I realized I needed a blurb for Swill, I turned to Rob and said, "Get me a blurb from Joe Loya!"

And he did. Holy smokes.

Anyway, I'm hip-deep in the final rendering process, which is turning out to be more effort than I expected, of fucking course. I'm converting this from a highly pixel-bitten raster file to a rather pretty vector file. The results are very promising, but I'm having to go through and continually erase hidden objects as the file size increases to astronomical proportions. Why do I always wind up needing every fucking bit of RAM I've got?

It'll be worth it, though. Clean vector printing, reproducible at any size -- and you should see the weird patterns the autotrace is making at the edges -- this will be something that you'll want to look at close-up even when it's blown way, way up. Fun stuff!
Posted by Sean Craven at 4:24 PM No comments: 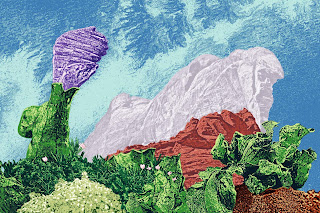 Okay, it needed a couple of little color adjustments. Now to import it into Illustrator...

Posted by Sean Craven at 4:28 PM No comments: 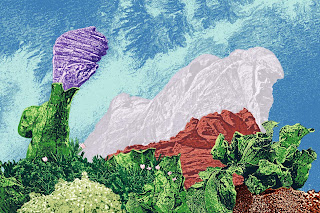 I still have work to do, but at least the image works now. Damnit.
Posted by Sean Craven at 4:20 PM No comments: