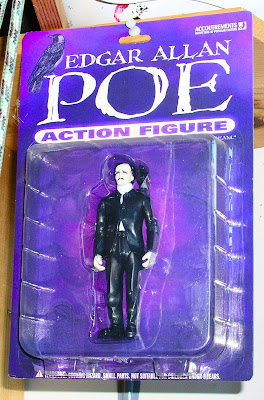 So let us inspect the current state of American letters. To be blunt. Has a genuinely distinguished American writer emerged since, I don't know, let's say, John Irving? (Who would be a second-rate Steinbeck if Steinbeck was as good as his reputation, which he isn't. Fuck them all.) Somewhere in the eighties, American fiction died. It's not that the writing and publishing stopped. It's not that there isn't any work of merit being produced.

But nobody seems to be swinging for the fences any more. The whole scene seems weak, trivial.

First off, the reorganization of the publishing industry as a bona-fide business fucked everything up. The arts are dependent on artists, and the years of effort it takes a writer to develop their true strength are dependent on either extreme good fortune or the knowledgeable patronage of their financial betters.

As a business, publishing has said, "Fuck you," to the notion of nurturing talent. If there were no writers, only best-selling books, they would be perfectly happy.

So as readers? We only get the talent of people who have nurtured it themselves.

And in America, art is not a means of expressing a unified culture. Rather, it is a bitter cup of consolation offered to losers and lunatics such as myself. Which is why there's a paltry, resentful quality to so much of American art and letters.

So. You nurture your talent yourself. Here are the two paths to disaster you can take. Or, as I said to Nick Mamatas (Writer! Editor! Master of mayhem!) the other night, "Incompetence and professionalism both lead to predictability."

You can be classy, and enter a Master of Fine Arts program in literature.

If you do that, you will get four years of free time to write. Doing this when you are young and inexperienced is not a great way to get good writing.

And if the evidence is any indication, you will be taught Jack. And then you will be taught Shit. My recent perusals of current fiction has shown me multiple simple errors in craft on every single page of every single work that wasn't written by someone who's a proven old-school talent, your Joyce Carol Oateses (my favorite new plural) and T. C. Boyles.

They do not know sentence structure, paragraphing, word choice, fucking dialog tags. The technical elements of writing are not there.

What they do have is a willingness to experiment with language. Without skill, that isn't a virtue.

There's a horrible pattern in all recent literary novels I've read. Writer writes cute, chases their tail until they get two-thirds of the way through the book, and then pull in some ridiculous bit of business so there seems to be some kind of story going on. And inevitably, it's a movie or television story, not a literary one.

One afternoon's worth of plotting instruction would put paid to this repetitive nonsense.

Now, if you're as lumpen a prole as I am, you will turn to those writing instruction books, workshops, community college writing courses...

... and you will, with effort and expense, get a decent set of technical skills.

This is where I begin to giggle. Because it's true, it's true, it's really, really true. Literary fiction no longer has better prose than genre fiction. Pull out a copy of a Gardner Dozois Year's Best Science Fiction, and compare the writing, page for page, with The Year's Best American Fiction. Again, with the exceptions of the old warhorses of literature, the prose in the SF will demonstrate clearly superior levels of craft.

Of course, most of the writing will, as most professional writing does, come to feel much the same after a certain point. The problem with the workshop circuit is that the creative pool in genre fiction is a small and incestuous one, where riffing off of a limited number of themes and approaches is part of the game.

And everyone who participates in these workshops can trace their instructional ancestry back to Milford and Clarion. The instruction offered, while tremendously useful and tremendously valid, is so persistent in the field that its influence must be consciously wrestled with in order to produce unique material.

That this highly useful, but extremely specific skill-set is applied to work that's primarily derived from fiction rather than life does not help.

Let me be blunt. I think most American fiction is over-rated. The very best of it tends to be minor, obscure, or otherwise limited. The clearest, strongest American writing has taken place in journalism, memoir, and other areas of non-fiction.

That fiction is no longer at the core of popular culture has an effect as well. Talents that might be drawn into the field wind up diluting themselves in group creative efforts such as television because fiction writing simply is not an attractive career for someone with material aspirations.

So that's why American fiction is shitty and boring.