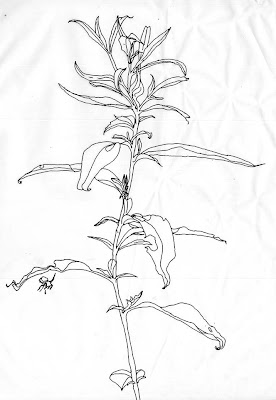 Don't forget -- I'm reading this Friday at 7:30 at Pegasus Books in Berkeley at 2349 Shattuck!
At this time last year, I was beginning a course of psychiatric medication that would prove disastrous. Since I have mixed-state bipolar syndrome, when they gave me effective anti-depressants, even ones intended to have a strong sedative effect, they may as well have given me meth. I mean that quite specifically; the effects were very, very similar. Compulsive activity without focus or purpose, irritability, etc, etc. I'm not a meth fan, but at least you get a fucking rush with that stuff. With this? It was like being four hours into a bad high and four to go, all day, every day. It was the first time in my life that I've had to give serious thought to the possibility that I might be institutionalized.

This year? Once a week I go see a counselor, and our focus isn't on symptom management. We're working on figuring out how I'm going to fit into the world. Rather than feeling like a sack full of crazy or a potentially dangerous situation, I'm being taught to regard myself as an unusually gifted person who needs a little extra care.

Last year I was facing the realization that I was never going to be able to work a conventional job again. When I dropped out of my editorial training program after a stress reaction had me vomiting blood for days, when a whole series of psychiatrists told me I was unemployable in flat, absolute tones -- it was obvious that I wasn't going to fit into the straight world, no matter how hard I tried.

This year? Everyone in my life, my spouse, my family, my friends -- all agree that I am an artist and a writer, and that is what I should be doing. That my proper place in society is as a creator, and that they will support me in that end.

Last year? After workshopping my novel Ghost Rock at Taos Toolbox and Nick Mamatas' class on writing popular fiction? (Both crucial in my development as a writer, and both highly recommended.) After two additional drafts? Still sucked.

This year? It's nailed. I'm putting the fine buffing on it, but it is a working, functional piece of art. And I've started doing live readings to good effect, I've had another story published, I have my own Amazon page...

Last year? I was paralyzed. I lost the whole winter. Didn't get anything done, and felt nothing but misery.

This year? I am grumpy in patches, but I'm semi-functional. Not at the superhuman levels I'll display come spring, but I'm getting stuff done on a daily basis, and what work I'm doing is of an adequately high quality. And when I don't work? I don't give myself shit about it.

The best part is this feeling... it's hard to say how true it is, but I feel as if I've hit a certain momentum. I still have little or no idea where I'm headed in the long run, but it certainly seems as if I'm headed somewhere.

The real struggles I faced this last year had to do with accepting myself for what I was, recognizing that the traditional path that people take in our culture has never been an option for me, and allowing myself to have faith in both the value of what I do, and my value to the people around me.

There are less pleasant struggles, let me tell you. For a bad year, it's been pretty good.
Posted by Sean Craven at 10:10 AM 2 comments: