Notes on the Re-Acquisition of Mojo 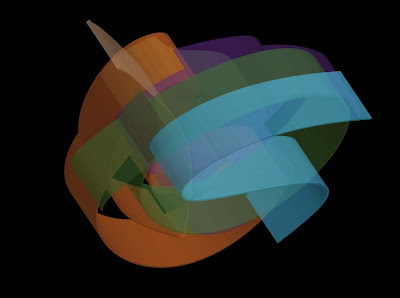 So. I needed some good news. So I went out and got some. Yeah, things will probably change eventually even if you just sit on your ass, but it does no harm to put some effort in.

I submitted to Lip Service West for the second time, tried forcing the novel to work, bounced off it, sought advice from Nick Mamatas, and on his suggestion impulsively submitted to an anthology of Lovecraftian science fiction.

The Lip Service West submission was a hard one. It's a piece I've had in the mix for a while, dealing with some fairly brutal autobiographical material involving race and violence. I submitted it in a state I knew was imperfect -- but that I also knew I could pull of solidly as a performance.

The submission to the anthology used some ideas I've had drifting around in the back of my head and tied them all together into a setting that I may use again. It was a piece that, had I submitted it to my groups first, I would have been told was a synopsis rather than a story. It is nowhere near polished. It was written, line-edited, and sent off in a two-day period.

Well. Both got in. I will be reading at Lip Service West on August 13. And my story Deep Blue Dreams will be appearing in the anthology Future Lovecraft.

So after all these months of struggling with my writing, I saw some extremely varied opportunities -- one oriented toward pop culture, the other toward the transgressive end of literary writing, and bim-bam, I pulled them both off.

Honestly? I made mouth noises and tried to demonstrate due humility, but in my secret heart-of-hearts I assumed that I could just get into both spots, never really doubted that I'd get in, and I was correct. Do you know how that feels?

It feels like walking into a glass door or having a chair pulled out from under me. It seems like a violation of natural law.

I mean, did I just do that? Is that kind of thing now an option? What the fuck? Is this some kind of superpower? This is a joke. Someone's messing with me.

Maybe I can allow myself to get a little cocky. That shit doesn't just happen. First off, I never quit struggling with my writing. Even if it was shit, I was still writing. When my writing stayed shit for an intolerable period of time, I considered my situation, and decided to work laterally.

This is a tricky concept. But I've come to realize over the last bout of shrinks and research and so on that my most functional state is one clinically termed hypomania. Basically, I am manic and depressed at the same time all the time, and if the mania has a slight edge, I become creative, volatile, active, and social.

This may be a clinically recognized state, but it is also me at my best -- and potentially worst. Learning how to work with it has been a lifelong project, but I haven't experienced it since anti-depressants made me actually full-blown manic. That's the thing -- I'm really not easily medicated, because my stability is the result of a wide spectrum of contesting conditions. I need each of my little quirks to balance out another one.

So. How to either slightly lift depression or slightly accent mania.

The secret is stimulation. One of the problems I've faced over the last year is that between no longer being able to buy comic books and no longer being able to take art classes, I have wound up with fiction at the center of my creative world -- it has killed my fucking writing. I need the pressure of multiple forms competing for attention in my head. I need to feel the high-pressure buzz of fruitful compulsive thought.

I decided to try including another art form in my routine, and began developing a new technique for producing digital prints. This got me itching, got me thinking, gave me a set of solid creative problems to wrestle with.

It worked. I'm going to have to watch myself for the next while -- I will be prone to grandiosity, spending sprees, temper tantrums and incomprehensibility. But I'll also be functional.

There you go. The basic two-stroke of good luck is that it's something that occurs when ability meets opportunity. I've always had a pretty good grip on developing ability, but this whole seeking-out-of-opportunity thing is a new one.

If I can turn it into a habit, I'll be doing well. If I don't scare myself to death in the process.
Posted by Sean Craven at 5:22 PM 2 comments: