Fear And Loathing In A Pupating Police State

I am making this post because I am frightened and angry, and if I do not speak in public because of my vulnerability, I will feel like a coward.

The defense budget currently in legislation is one with provisions that would make the US into a police state -- civil courts would remain in existence, sure, but at the discretion of the authorities, any individual could be placed into the military justice system, and civil rights would no longer apply.

Look this up. Do a web search. You will find it much, much easier to find this covered in the international press. I am frightened and angry -- is the American media failing us accidentally or intentionally?

Right now the US has the highest percentage of its population imprisoned of any culture in the history of the world. This is true. America has long since abandoned any right to describe itself as the land of the free. So they decide that the problem is that we need more ways to get people behind bars.

Warrentless wiretapping -- and now this.

They are justifying their position by describing our nation as a battlefield. We have not had any active conflict with the terrorists on our soil for quite some time -- but it seems as if there is a conflict brewing at home.

The conjunction of this with the occupy movement makes me feel paranoid. Nutty.

I will say this much. If this bill makes it all the way through, if President Obama signs it? I will no longer be able to take pride in having voted for him -- and I just might lose faith in the process entirely.

I am seeing America as a literal police state, run by corporate interests, with universal wiretapping taken for granted, and the right to imprison without cause. This is not fiction. This is actually happening.

Every person who supports this bill is actively and effectively militating against liberty and democracy, plain and simple. They have declared themselves the enemies of all that is decent in our national soul, and intend to turn this country into something far closer to Maoist China, the USSR of Stalin, or Nazi Germany than I had ever imagined. The monstrous arrogance on display here has robbed me of the capacity for hyperbole.

I do not say that lightly, and I would say it to any of their faces.

Fear and loathing have come full upon me.
Posted by Sean Craven at 6:54 AM No comments: 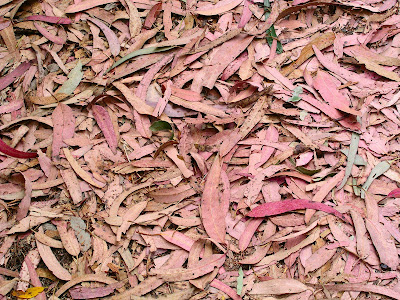 One of the interesting side-benefits of the blog is that I have a sort of fossil record of my behavior and mental states to which I can refer. When I boarded the bummer train a few weeks back, I told my dad that it felt as though my winter depression had started.

"Isn't it a little early for that?" he asked. "It isn't even Thanksgiving."

On Thanksgiving, his question resurfaced in my head, and I realized that there was a way to research the issue.

So I went back and looked up what I was posting around that time for the last three years. Well. It turns out that I suffered a catastrophic failure during the first two weeks of November for at least four years in a row.

Last year it was a trip to the hospital after a stress-induced three-day bout of blood puking. The year before? A shattering fight with the missus followed by a swine-flu enhanced trip to the San Francisco Museum of Modern Art had me destroyed all winter. The year before that? Exactly the kind of flat semi-unmiserable yet thoroughly non-functional depression I was bitching about a few posts ago.

I don't think these four years are aberrant. I think I need to start planning for November. It seems as if I'm vulnerable then.

And that means that I need to buckle down and find better ways of accommodating my seasonal depression. Now that I can look at the record and say that yes, for about a third of the year I am of extremely limited utility. How do I get the best use out of myself under these conditions?

Or perhaps I should look at it another way. When I was experiencing my fall hypomania, once I recognized what it was, I decided to treat it as an endogenous drug experience rather than a dangerous mental state. Set and setting, as they say. By doing so, I was able to re-invent my writing style and rewrite the novel in less than two months, in addition to two short stories, spoken word pieces, art, a fairly heavy web presence, etc, etc.

Essentially, I said, "Free endogenous cocaine? Well, for the next while I'm going to sleep less, eat less, talk too much, work compulsively, be brilliant, be obnoxiously aware of my brilliance, and exhibit a curiously exhilarating magnetism that suggests my state is communicable."

So. How can I make depression less of a bummer? I am experiencing it, I will experience it, but there are degrees and qualities, you know? Right now, the missus and dogs are snuggled warm in the bed downstairs, it's foggy out and the last few leaves are wet and drooping from the fig tree outside my window, and an old friend has come back into my life with his life in glorious turmoil, and it is all mist and shadows, we dance like flames and then vanish...

This is pretty good, so far as depression goes. I've always scorned the whole romantic Goth ("Okay, from sacking Rome to skinny nudes to the Castle of Otranto to the Sisters of Mercy to Hot Topic -- make the connection.") relish for the weeping soul, but fuck it. If it's a biological condition, why not have fun with it? Style might not be a bad approach -- a different persona for different seasons. Now I enter my October Country/Adam's Family persona, stark, grim, poetic, and yet not devoid of a sense of fun. Maybe -- just maybe -- I'll consider becoming an all-black clothing person during the cool months. "I'm not evangelical about depression, but sometimes gloom suits me."

Not a bad start, if I do say so. Take one of my standard prejudices, invert it, turn it into a joke, and there you go. A playful approach to the situation, one which defuses some of the threat. I'll need a couple of pairs of black pants, maybe a non-T-shirt or two. I do have the hat for it.

Okay, that's good. I can use that.

Winter hibernation isn't a bad one either. Last year, when Karen was gone, I simply gave up on everything but laying around with the dogs reading and watching monster movies. As a creative type, it is important for me to absorb information and the creative works of others; perhaps this is also a receptive season.

I believe I shall set out a program of study -- Nabakov's Lectures on Literature and the novels he covers are calling to me from across the waves, and actually reading an entire dictionary of literary terms would do me no serious harm.

Mostly, I need to focus more on taking care of the details. Eating. Sleeping. Exercise. The missus suggested keeping a diary. I think I should. Not a blog, just a simple journal that would let me track my moods and behavior over time. It would seem shrewd to put the observation of my habits on a scientific basis.

Thankfully, this year I have the greatest Christmas present a depressed writer could ask for -- a manuscript line-edited by five different people to worry into shape. It is a task vast, rapid, and immensely gratifying, and it has to be done in bed.

And finally. Finally! There will be a payoff when I'm done. It will be time to start nudzhing agents and editors, and I'm actually looking forward to that.

So despite my complaints, I've actually been having a much better time of it than I did during the last two Novembers, and circumstances favor me for the remainder of the season. The missus and I are getting along fine, despite my irritability and odd sensitivity. Is not so bad.

And get back to work on Swill!
Posted by Sean Craven at 7:08 AM No comments: