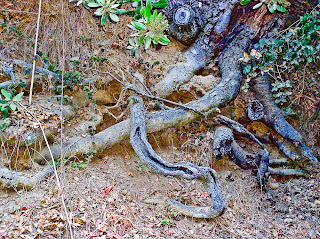 I have been struggling with this post for so long that it's been overwhelmed a couple of times. I'm finding it very difficult to articulate my thoughts about myself these days. On one hand, this time of year is always an emotional minefield for me. I've been coping well, but coping isn't the same thing as not feeling like shit. I've had a horrible attitude, and my compulsion to view life, mankind, and the world in the worst possible light has been a tremendous pain in the ass. That I've had to do my first real marketing while possessed by the desire to pick a fight with you, the cops, and the laws of physics has presented me with a series of temptations and frustrations and strangled impulses. In the future, I'll arrange to have a service record me during the summer and then play me back whenever I'm releasing something.

Despite this, things have been going so well even I can't put an ugly face on things.

To start off. I've begun working on my next novel, tentatively titled A Home for Henry. It will be a sequel to Helping Henry (which is now available on all major ebook platforms, go on and click), and will be presented by December House. Helping Henry came as a surprise to me, and it has the rough edges of an experiment. A Home for Henry will be in some ways a more conventional work... but then, I keep saying that, and the stuff I write just keeps getting weirder and weirder.

And I've shaken hands on a solo show at a lovely little gallery called Aunt Dofe's in Montana. As with the novel, there's many a slip, but things are currently looking very good. The curator is a friend of the oft-mentioned Deborah, and she slipped him a copy of Swill, and everything fell into place. I am now considering the options for converting my image files into tangible artworks, and budget is an issue. Cheapness counts. Any thoughts on this subject are welcome.

And I have a student! One of my colleagues has decided to consult with me on a professional basis, and  I'm finding myself in the position of providing the kind of deep instruction that goes past what my student could get from conventional sources. There's a reason why teaching is part of the artist's life cycle, and having to figure out one's techniques well enough to communicate them represents a whole new level of education for me.

It feels as though I've been through some sort of graduation or leveling-up process. I may not have any money coming my way in the foreseeable future, but this is definitely starting to look and feel like a career.

I'm feeling overwhelmed to a degree, and shocked by the rapidity with which everything has started to congeal. My overnight success is still a ways off, but I'm laying some very promising groundwork. One of my ambitions in the arts was to develop my talent to the point where it was capable of forcing me into engagement with the world regardless of my moods and attitudes; I've officially passed that mark. Hell, I was even recognized in public recently by someone who'd seen me read. I am actually out there working in the arts, and I am recognized as the real deal by people who know.

So it's been hard for me to walk around bitching all the time. But I've been giving it my best shot.
Posted by Sean Craven at 5:59 PM No comments: