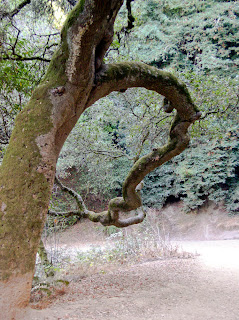 So in my last post, I wrote that all I needed to get back on  my feet was either a solid accomplishment or a piece of unexpected good news... and then  my computer started acting screwy. After six or seven crashes in half an hour or so, I just shut it down.

That afternoon, I went to lunch with a good friend, and I was able to help her with the synopsis for her novel. So that made me feel good.

And when I got home, Joe Clifford had put out an emergency call for for someone to read at Lip Service that night. I was the first to volunteer, so I got in. When I was there, I met a number of friends, including Nick Mamatas, who will be publishing the piece I read over at his Big Click noir site. I was taped, which means the performance will probably be available on Vimeo at some point, along with the other two in the sequence. We had a lovely dinner afterward, with a number of literary luminaries including Nick, Rob Pierce, newly-met Jason Ridler, and a couple of civilians who probably don't want their names bandied about. There actually is a scene here, and I am part of it.

When I opened my computer up, it worked. And after I went and dumped a bunch of files, it worked better. I am very conscious of the machine's mortality -- it's five years old at this point -- but this scare led the missus and I to make contingency plans, so I'm no longer worried that I'll simply disappear from the internet and the world of the arts when my computer does break.

My current writing project has been vexing me during my winter slough. But I was able to tap an expert for advice, the story editor who taught me scriptwriting -- the advice will probably be, "Just keep doing your thing, big guy," but sometimes I need to hear that from an authority. I think I've figured out the problem, and I think the thing that's bothering me the most can be solved very easily, with just a few lines of expository thought.

The day after the missus and I had our awful breakdown fight, while I was still sick with the flu, I coped with the sick weight of guilt (since soothed by a calmly witnessed ten-point dismount from the moral high ground, and I bet your relationships are perfectly simple) by sending out a submission to an agent. (I'd gotten discouraged when Michael Chabon's agent didn't want to look at my manuscript, because I am a ridiculous person with a damaged brain.) I was expecting a reply in six-to-eight weeks.

Yesterday, the reply came. I won't tell you who it came from, because it's too early, and who knows how things are going to go and all the usual precautionary hand-waving intended to propitiate the spirits. But the letter inside the envelope was on heavy linen stock, and the glaringly understated letterhead is printed in gilt, and they want to look at Ghost Rock. Regardless of how this particular encounter goes, this makes me feel a hell of a lot more confident about my ability to get my work out there at a high professional level. It's given me back the feeling that I'm a when, not an if. (Fingers crossed, wood knocked, a humble imploring glance at the sky.)

And that makes me feel very good indeed.
Posted by Sean Craven at 11:50 AM 3 comments: