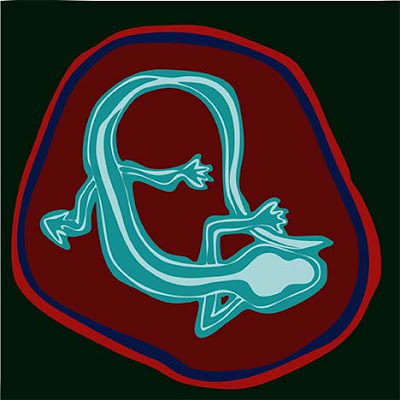 I'm working on a bit of line-editing for a friend right now, and I've gotten enough of it done so that even if I get no further, I've made a legitimate contribution. So I'm taking a quick break to make a post. That's right, posting on the blog is my idea of recreation. I'm lame that way.

So what I'm I thankful for? Loads and oodles of things.

Number one would be the missus. Of course. She's gone again, culting it up with Ama the Huggin' Guru. I miss her, but I've got the project and let me be honest. She always comes back from the cult filled with positive love vibrations, and that makes her a hell of a lot easier to live with.

I'm also grateful for the other components of our household, the dogs. Roxie and Laszlo are good pals and good company. Even if Laszlo has taken to sleeping with his face mashed against me so I can feel it when he grinds his teeth and Roxie won't shut the fuck up.

And last night's puke -- look, when you break an involuntary stress-fast with wine and gravy the results are predictable -- was easy, delicious, and blood-free, and when it was over? It was over. No extended nausea, no 'do you need to go to the hospital' -- it was beautiful. Like a dream.

(For the uninitiated? There is a direct cause-and-effect relationship between an impaired ability to make appropriate decisions and ADVENTURE!)

I'm thankful that the keys of C and G are interchangable on the ukulele and baritone ukulele -- if you play a ukulele G-chord on a baritone, it's a C, vice versa, and that goes for the other chords in the keys as well. So it's easy to drop the key of ukulele songs to fit my voice, sort of an anti-capo, and once you learn a song on one instrument, you've got it on the other. Since I don't have an intuitive grasp of fretboard math, this actually scares me a little. But I like it! I like it! Learning about music is really helping me through this round of depression.

(Just learned Only a Paper Moon, which is perfect depression music -- sad enough not to repel, not so sad that it makes things worse. Maybe I should do some Dylan, who occupies a similar emotional space and is so fucking musically backass that even I have an easy time figuring his shit out.)

Being good at stuff. I can do things that are important to me, and do them very well indeed. This is a recent development, and a welcome one. These days, when I work on writing or art my competence is a tangible, welcome, positive presence. I can feel it, and I think this feeling is that pride thing people have been giving me shit about my entire life.

I'm grateful that my old man has finally started coughing up some wisdom and guidance. The last few months he's been laying one piece of solid, useful information on me just about every time we get together. "You may not know this, but just about everything people do is based on hierarchy." I did not know that! What an eye-opener! "You don't want to impress people who are impressed by scars." That's totally correct! Those people suck!

I'm grateful that Andrewsarchus might be an entelodont. I mean, that would so totally rock. First off, it would make it possible for me to fake an Andrewsarchus reconstruction. But more than that, it would mean that the largest mammalian predator was an entelodont, which would mean four points for my side. 'My side' being weird, ugly, obscure predators.

(Again, for the uninitiated. Andrewsarchus is regarded as the largest fossilized predatory mammal. It's only known from one skull, so it's a frustrating mystery. Entelodonts were piglike predators, something like giant carnivorous peccaries with legs like racehorses. I have an inordinate fondness for them. They give every evidence of having been awful.)

I'm grateful that I'm a cheap pet. The song goes, "No kids, no car, no money -- shit!" But if you don't have kids or a car, you need a fuck of a lot less money. There is a certain pleasure in shaving one's life to the bone. If everyone thought the way I do, the whole world would grind to a pleasant halt.

Of course, I am a grubby materialist at heart. I'm grateful for my Thai mortar-and-pestle, my fifty-year-old umbrella with a reinforced stainless-steel frame, my musical instruments, Breaking Free! featuring Genuinely Vicious Anarchist Tintin, shelf after shelf of high-end books, and all the other goodies that university-town yardsales have dropped at my feet.

And fuck it. My attitude toward the Occupy movement has been adjusting. If I don't make any further statements on the subject? My attitude until now has been influenced by defensiveness, jealousy, and guilt. It is ridiculous to spend decades bitching about class consciousness in America, and then turn up my nose at the first populist movement that comes along. I stand by my prior statements, but I am now officially thankful for the Occupy movement. It is to be devoutly hoped that some purposeful, functional movements find their roots here.

I'm grateful that I don't have a fucking turkey carcass sitting in the refrigerator. The problem with turkey is that I don't like it, but I don't dislike it. That means that if there's an obligation to eat it, I don't really feel I have the right to say no to it. Which sucks. Fuck a bunch of turkey, you know?

But most of all, I'm grateful for the simple pleasure of not being doomed. A seriously mentally ill person with a bad back does not have as many options in life as most people do; thankfully, my options are the ones I would have chosen for myself if given the chance. These days, when I feel that there is no place in the world for me, that life is a game I lost a long time ago, that the possibility of joy is banned to me, that I am a person of no value or consequence, I have to examine the evidence and say, "Dude, you are full of shit."

The Stars Are Right For Kindle 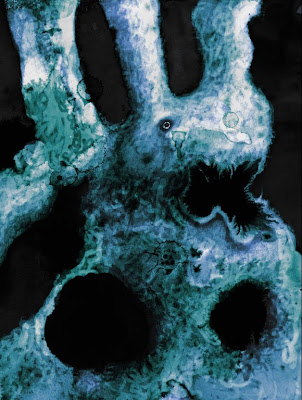 The anthology Future Lovecraft is now available for discount pre-order!

It's also on the Kindle format from Amazon -- here is the link, god damn it. It is loaded with with the work of edgy writers, including my pal Nick Mamatas. If you use the fucking Kindle, give Amazon some money and help strip-mine the culture.

Because then you get to read my story Deep Blue Dreams. It is typical of my work in that it is weird, dense, bleak, and tricky -- and since its premise is based on the demise of Amazon, you can have a lovely lick of schadenfreude at no extra cost!

Plus, there are drugs and it's kind of gross and dirty. How can you go wrong?

And if you're buying Kindle stuff, why not cough up a buck for my story Tourists? Unless you'd rather read it for free.

For concerned parties; my state is unpleasant, but does not warrant concern -- there are no physical issues, and I am capable some basic functions including hope. The primary issues are paralysis and irritability, both harder on the missus (who is being swell) than me.
Posted by Sean Craven at 9:04 AM No comments: