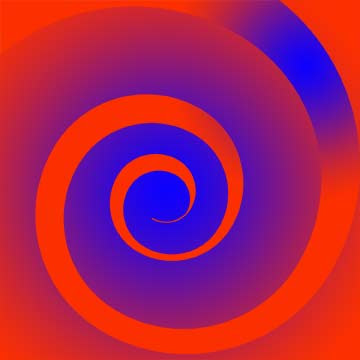 It's been a rough patch lately, and among other things, I've experienced three distinct forms of clinical depression. Allow me to taxonomize.

First came agitated depression, in which mania and depression occur simultaneously. This is regarded as a particularly dangerous state because the built-in safeguard of depression -- lack of energy, lack of will -- is bypassed. You're depressed, but you have the ability to act on that depression.

This is the most intolerable of my mental conditions. There is no way to settle down until things pass -- I'm compelled to physical activity, usually walking the streets.

When I'm like this, I'm a disturbing, unpleasant, even threatening presence. Frankly, it makes me feel like a terrible person, a bully and a bastard.

Then the agitation passed, and I got into the regular old 'there is no hope once the capacity for joy is eliminated' vanilla depression.

So my eating, sleeping, and so on have been thrown all to hell.

Thankfully, the missus has been particularly sweet and that's enough to lift my mood. This puts me into a particularly tricky situation.

Right now, I'm capable of experiencing pleasure and hope, and of feeling gratitude for the good things in my life.

This is swell so far as daily existence goes. But it's pretty much a pile of leaves and branches hiding a pit with spikes on the bottom. Because while this state is easier for everyone to live with, it is still clinical depression. Decreased appetite, decreased sleep, nausea, lack of motivation and focus, easily confused, emotionally volatile, etc, etc.

This state was a serious issue for me for a long, long time. I'd assume that since I didn't want to gouge my eyes out with a fondue fork I wasn't depressed. But when I'm like this, there's a genuine apathy in regard to my well-being. Last winter when I was like this while the missus was out of town, I wound up not eating for a number of days and then not drinking for three solid days. Pure inertia. Apathy. "Hmm. Seem to be going downhill here. Tongue feels slick, like leather. I bet this is real bad for my teeth."

So I've learned to keep a close watch on myself when I feel okay while displaying clear symptoms of depression. It's good, in that it's a step away from the pit. But it's tricky.

Right now I'm trying to decide whether I should try and get myself pumped back up again, or if it's time to start hunkering down for the winter and just accept that I'm going to be useless for a while.

Now that I put it into words, the answer seems obvious. So. That's the next question. What to do for a moral boost.

I will think of something. Goddamnit.
Posted by Sean Craven at 9:12 AM No comments:

The Me Me Meme 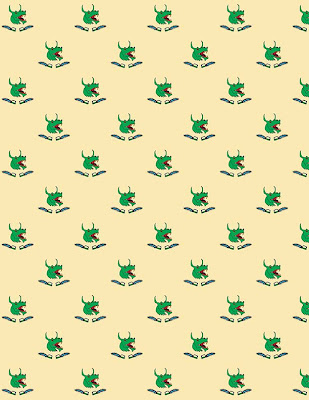 I think this would be fine for wallpaper or pajamas. On a tie, the phallic symbols would hit critical mass and impregnate the wearer.

Maybe an ascot?
So. I've been gone because I've been in a terrible mood, and I haven't had anything decent to say. Sometimes silence serves the public good. Okay? Okay.

That said, it seems that during my absence I've been memed by master of stage and page Neil Vogler. So now all I have to do is answer a few simple questions without degenerating into a ruinous slop of morbid self-pity. Let us commence!

If you could go back in time and relive one moment, what would it be?

This question is a Schroedinger's bitch. It's not a matter of selecting one lovely moment worth reliving -- it's a matter of discarding all the others. It is not so much the moments in themselves as the people who made those moments worthwhile. This question demands that we cast all of those we love into the pit unless they were there in that one moment we choose to cherish above all others.

Well, it looks like I fucked that one up pretty good. Let's start over.

So this one time? Me and the hon. Richard Talleywhacker were in a parking lot and I coughed and spat. Neat, flat trajectory, went a good twenty feet before the gobbet intersected with the flight path of a Monarch butterfly, which thereby met its demise and, slime-laden, dropped like a stone to the grass. I would never do something like that intentionally, I assure you. But if I could put a clip of that with Little Green Bag playing in the background on my resume? I would.

If you could go back in time and change one thing, what would it be?

Well, I'm not sure what the scale is here, what the intent. I feel a little at sea, so I figure I better cover all the changing-crap-in-time basics -- big humanitarian, little selfish, and something to make Hitler's life shorter or more unpleasant.

Big humanitarian? Okay. K-T boundary asteroid? Chicxulub Crater? Fuck that shit. I never asked for it. So no asteroid hits the Earth at the end of the Cretaceous, and the big dinosaurs don't die off.

No parking issues. No last, current, or next administration. None of that horseshit! It would be perfect.

Little selfish? Go back in time and whisper a few little words in my ear. "Get out of high school pronto, get your GED, take a variety of classes at a community college until you learn some study and social skills. Then go to a university back in the eighties when it was more affordable. And just for the record? The big redhead at Grayhavens who threatened to beat you about your head and shoulders with her breasts? The twin models in Malibu? You were being set up to lose your virginity both times, you dumb fucking worthless idiot two-legged Labrador bastard. Jesus, you're stupid and I hate your fucking guts."

And when Hitler is an art student, he's swept forward in time to work as a janitor at the Guggenheim, and it's not my fault what happens when he snaps because I only got to do the one change. So if you want me to just kill him, you should tell me now.

Now there we go! That one was downright chipper, mostly.

What movie/TV character do you most resemble in personality?

Well, this one stumped me. So I went downstairs to ask the missus, and she wasn't just puzzled by the question, she was worried. But! But! He cried.

There is another authority. Someone who has roomed with me at two different events for a total of three weeks. Someone who has seen me go through some remarkable highs and lows in that brief time. Here he is; Christian Walter, his interview and his terrifying image.

Christian believes I resemble Walter Sobchak from The Big Lebowski. And when I look back on my behavior at Viable Paradise and Taos Toolbox, I suppose he's right.

If you could push one person off a cliff and get away with it, who would you choose?

This is not a question I can answer lightly. There are hundreds of questions to be asked, like is Neil Bush still legally allowed to run for president?

Name one habit you want to change in yourself.

My persistent disinterest in my physical well-being. Eating, drinking, exercising, sleeping. The simplest basics of existence are frequently ignored, and then I wonder why I'm 'grumpy.'

Why do you blog?

Ego gratification, writing practice, communication and the maintenance of a social network, exposure, the practical use of the essay as a means of exploratory thought, simple delight in casual, complex, pretentious, esoteric, goofy fucked-up prose that I would never, ever allow into the pristine pages of my fiction.


Name at least three people to send this to:

I will think on this. I will ponder.
Posted by Sean Craven at 4:59 PM 2 comments: