Thoughts On Plot 2: Pistols For Plotters 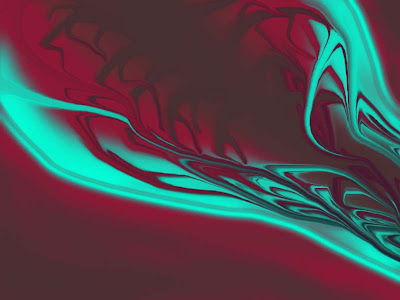 At the moment I'm too lazy to look up the exact quotes, but...

Chekov's pistol: Do not show a pistol at the beginning of a story unless it will be fired by the end.

Chandler's pistol: Any time things get dull have someone with a pistol come through the door.

What Chekov means is that you shouldn't have any unnecessary story elements -- if the pistol isn't somehow important to the plot, then don't put it in.

But it also suggests that if you are going to have someone shoot a pistol it's a good idea to establish the existence of the pistol early on. You might do this by setting the story in an environment where people tend to be armed, so the appearance of a specific pistol is not something that demands explanation. Or you may want to show the pistol in question early on, possibly in a way that lets the reader know that it's important to the story.

Which is to say that continuity is one of the key elements of plot. When I spoke of setting expectations in the first plot post this is the kind of thing I'm talking about. Of course you can fuck around with continuity, especially if you're writing comedy or surrealism, but for the most part you're better off if the key moments in your story are fully integrated into the whole, if what has gone before those moments was constructed with the intention of building to those moments.

So -- at the start of the story, you show a character load a pistol. As the story progresses, you establish that character's relationships with the people around her -- as well as her relationship with the implications of the gun. Is she prone to violence? Impulsive decision making? Hilarious pratfalls? Spectacular bad luck? Is there someone she particularly likes or dislikes? Who would be the best person for her to shoot? The worst? And so on.

Because once you've got a character and a situation a story begins to unfold. What would that character do with that gun? How does that gun affect that character?

So there's one method for building a plot. You can either start with a scene in mind -- the moment when the pistol goes off -- and figure out means by which to build to that moment, or you can insert something you find intriguing (like a pistol) into the story early on and let it form part of the environment in which the character is expressing herself -- and then when the time comes to confront the presence of the pistol, you ask the character what she will do in that moment.

I've found that it's a good thing to work both ways, backwards and forwards. Remember, until it's published a work of fiction is very, very malleable. If you're great new plot twist is something that your lead character would have nothing to do with you can change the twist, change the character, scrap both of 'em -- at this point it's your option. Don't get so hung up on any one aspect of the story that you forget that you can change your mind about it.

Now a lot of the time I work without an outline. This was also the case with Raymond Chandler. Those intricate plots of his? He just typed 'em out. If you try and outline one you'll find out that they're sloppy, that they wander -- but readers have been eating him up for more than half a century. That's because regardless of how much sense they make, his stories contain a constant dramatic tension.

And his method is a simple one. The minute you start boring yourself throw something crazy into the mix. Have something come burrowing up through the floor or crashing through the ceiling; have a character reveal a shocking secret, have someone commit an act that seems totally out of character.

And then go back and place hints into earlier chapters, find a way to fit it into the climax -- make it into an organic, fully integrated element in the story.

Or get rid of it. Don't be afraid to dump passages that don't work. I mean, hey -- they don't work. Figure out whether or not there are any aspects to the passage that help the story, though. Use those to inform the new writing.

Tomorrow I'll have something good for you -- solid practical advice on how to control the pacing of a story. This stuff is fairly new to me so I'm still all excited about it...
Posted by Sean Craven at 6:30 AM

Mighty fine image at the top there, Sean.

The other way to establish a gun is to have someone get shot. Then you can have something like Hammett's Red Harvest, where you basically start with a corpse, then throw in the exotic dame, and let things unravel toward the shooter. Of course with Hammett quite a few of the characters toted guns, but that doesn't have to be the case for the rest of us, although establishing violence itself as part of the setting can leave the author to focus on other particulars.