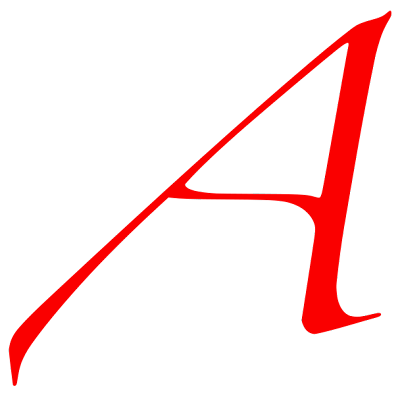 (Click Here For Part One.)
Both of my grandmothers were religious, and as a small child most of my Sundays were spent in church. After my initial recognition of my lack of faith, I found myself caught between the two of them. I loved them, and I respected them, and I believed that I should do as I was told. This eroded and eventually overwhelmed my early conviction that religion was a fairy tale.

I wanted faith both out of that desire to please and out of my desire for the numinous. There had to be some kind of magic in the world. I wanted that magic, or a sense that everything made sense -- that there was a purpose to existence. It's not a feeling that can be put clearly into words, that yearning for something more, but if you've felt it, you know what I mean.

I think the contrasts between the two faiths were a great source of perspective.

My Grandma Jean was a Christian Scientist. For those unfamiliar with that faith, it's a cult. My impulse is to say that a cult is any religion that people actually believe in, but I'm trying to keep my wiseassing to a minimum here. The definitions of 'cult' are all over the map. So in these essays, I'll say that a cult is any group that holds non-factual beliefs and is focused on a charismatic figure. I'll include the Marxists in there as well -- there's no shortage of fairy tale stuff in their doctrines.

Anyway, Christian Science was founded by Mary Baker Eddy, who was flat-out stark raving nuts, and seems to have been quite the little plagiarist on top of that. The basic belief is that God is perfect, God made everything, and so everything's perfect. If you think something's wrong, it is only because of mortal error and you need to just see the perfection in all of God's creation. On this basis, Christian Scientists reject medicine, among other things.

In a way, this was actually a positive influence when the church was founded. Christian Science is a particularly feminine faith, and telling women in the 1800's to stay the hell away from doctors saved a lot of lives. Those dudes were not pro-uterus.

They talk about Jewish guilt, they talk about Catholic guilt, but Christian Science guilt really takes the cake. For someone converted to the faith, this belief system lets you shrug off your burdens and realize that everything is swell.

For a child raised in the faith it's different. If anything at all makes you unhappy, it's only because you're not seeing things properly. So stop being unhappy! Everything's great except for you and your inability to recognize perfection!

Christian Science, as you might guess from the name, prides itself on reason, on rationality -- and that rationality simply does not exist unless you embrace the virtue of faith. Grandma Jean used to drive me nuts by saying, "But it's just logic, like one and one make two."

My Grandma Knight's family was of Quaker descent, but they're now... I'm not exactly sure as to the specific label, but I've heard some of them refer to themselves as Born Again. The Bible and the figure of Christ are very important to them.

Services at Grandma Jean's churches were quiet, dignified, and rather bland -- very abstract, and intellectualized in a fuzzy-headed way. There was more enthusiasm at Grandma Knight's churches. More drama. Less intellect and more emotion. Grandma Jean's church was about appreciating the inherent perfection of all; Grandma Knight's was intended to make us realize that we were involved in a constant struggle between the forces of good and evil.

I never even attempted to reconcile them.

My Uncle Johnny came from Grandma Knight's perspective. He was someone I admired a great deal. He was pretty much the first adult I'd met who... how do I phrase this. I could see myself growing up to be something like him, and I thought he was really cool. Being around him made me feel as if there was hope for me.

He liked to read the same kind of thing I did, he was interested in a lot of the things that interested me, and he was really, really smart. So I'd listen to him when he defended Young Earth Creationism, and since I wasn't a scientist myself, I had to admit that much of what I believed to be true, I was taking on faith.

And who's to say that one faith is more true than another? (Oh, I'll be getting back to that one.)

Because of the people in my life who were Christians of one kind or another, people for whom I had respect, affection, and a sense of alliance, I tried and tried to accept Christianity. And not just for their sake; on a gut level I was convinced, as I said, that there was some magic in life that was out of my reach, and I hoped that they held the key. I was told to feel God's love, to recognize his perfection. I was told to open my heart to Jesus, and I did.

Nobody ever showed up. Nothing. Zip. Nada. All of my prayers simply went out into the atmosphere and evaporated. I didn't understand. Was there something wrong with me? Were the people I trusted mistaken? This certainly wasn't the most serious issue I faced in my life, but it was a real source of unhappiness.

Interestingly, it was my Uncle Johnny who inadvertently helped me get shed of those conflicts.

The first revelation came when he and my Aunt Marie were talking to us about Hinduism. I'd read Alan Garner's short retelling of the Ramayana, but that was about as much as I knew about the subject. They were talking about the myth where all the gods and goddesses use a cobra as a rope in order to churn the elixir of immortality from the cosmic ocean of milk.

Boom, right then I felt a lot better about everything. Two valuable lessons were learned. One -- people whose intellects I respected dismissed the entire faith of Hinduism -- a scriptural religion with a far more venerable history than Christianity -- because it was silly. If something is ridiculous, you can dismiss it no matter who believes in it, no matter how much effort has been spent on contemplation, study and theology.

And all religions look silly from the outside. I'm tempted to point out the goofiness inherent in Christianity, the inconsistencies in the Bible, and so on. But I don't have to. "Now, isn't that silly?" works for me just fine.

Another time, Uncle Johnny's family was making a hard argument for my brother and I to embrace Jesus and be born again. After an extended discussion, I said, "Well, since this is all based on the Bible, why not read us something from the Bible?"

I've mentioned my distaste for the story of the Passion, the idea of Christ as redeemer. That distaste goes further. I love mythology and folk literature, but there is a lot about the mythology in the Bible that gave me trouble. Much of it reveled in brutality, and portrayed horrible, horrible people as heroic. It took place in a vicious world created by a vicious God.

Oh, those poor people. Here's a tip -- if you want to convert someone to Christianity, don't use anything from the first half of the Bible.

That night we heard the story of Jael and Sissera. Here's a bit of it:

Truly, a lovely message -- praises to she who drives nails through the heads of sleeping men. And honestly, she brought him cream in a lordly dish? Even as a kid I had some idea what that meant.

After the story was read, we were all pretty quiet. We went right to bed, and there was no more religious discussion for the remainder of our visit.

I grinned as I went upstairs to the guest room, thanking God for showing me the way out of Christianity.