In Which I Lose Decisively 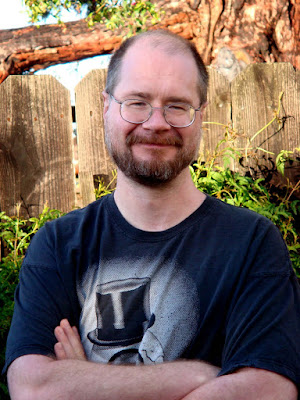 So the Christian mentioned in the anecdote below -- up-and-coming writer Christian Walter -- recently sent me an email in which he suggested a resemblance between me and a character from a popular movie by the Coen brothers. 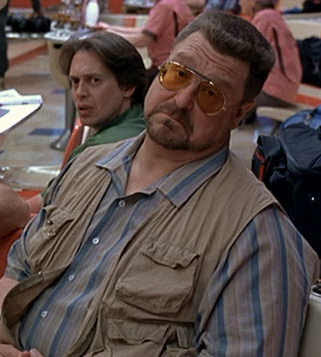 Can't see it, myself. But supposedly we talk alike.
So after the plot-blocking session at Taos Toolbox, my roommate Christian comes up to me as I’m skulking off. He’s hunched over with a dose of the giggles. “Walter Jon Williams plotted your novel. Are you going to your room to hide your enormous erection?

One thing I do know. There is no dignified avoidance of that sort of persiflage. There is only death or glory. “Sir, I do not respond erotically to such circumstances. It was not simply Mr. Williams, but a cast of the elite who plotted my novel. And should I find myself sporting an enormous erection, I won’t be taking it to my room. Instead, I will proudly display it to the ladies.”

I know, I know, but all men are vile and I was dealing with Christian. For God’s sake, the man drew boners on our placemat at the pizza joint. I couldn’t let him intimidate me. I’d never hear the end of it. Anyway, I go to my room, riffle my plot cards and rub my hands together like Scrooge McDuck, and then go back to that beautiful, horrible grind of critique.

A few generation starships later, I stagger to my feet and decide to shuffle about so as to stimulate flow in the lymphatic system. I head downstairs with the intention of offering a witticism to those hard at work in the meeting room.

I walk in the door. It’s Barbara, George, and Christian. Before I open my mouth, Barbara, without looking up from her laptop, says, “I don’t want to see it.”

It took me a good thirty seconds to figure out what the fuck she was talking about. Christian seemed entirely satisfied by this outcome. Barbara says she doesn’t have a sense of humor but I am unconvinced.
Posted by Sean Craven at 2:50 PM

What a tidy summary of everything to do with writing.

Barbara totally has a sense of humor. She's just funnier than everyone else. :)

Amy, you got that right. Just between you and me, I think she's gonna go places.

You resemble Mr. Goodman's character on many levels. But less armed and more dangerous. In a literary sense, of course.

Heh-heh. I'm not sure you can call writing dangerous -- but I often say that it's the writer's job to lure the reader into a dark alley and beat the shit out of them.

I guess I'm gonna have a specialized readership.