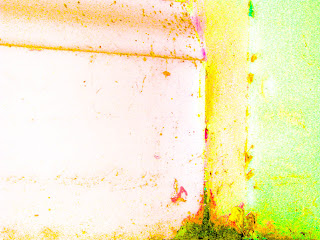 I am reading at Diesel Books in Oakland, at 5433 College Avenue at 7:00 tonight. Click here for all details!


Here are some more notes on Helping Henry. For the full list of posted stories, click here.

Thyroxine is a special story for me for one reason – it’s my best monster. This one might actually work. The idea that there’s an adult morph of the Japanese and Chinese giant salamanders is well-founded – they’ve found fossils of a strong-jawed upright predatory giant salamander that’s a direct ancestor of the current aquatic giant salamanders. It’s called Aviturus exsecratus.

And there are aggressive giant hybrid tiger salamanders loose in California.  In fact, I once owned one. I bought it in a pet store, and they refused to tell me the species, and I didn’t find out what it was until years after its death…

So. For the record. Daffy rich person who is obsessed with large exotic predators! If you’re going to ship out for an isolated island and devote yourself to the cultivation of giant salamanders?

Ant chalk does exist, and it does work as advertised, and my friend’s cat used to go into convulsions every so often and they figured out it was the ant chalk. So don’t fuck with the ant chalk.

As for the ants themselves – I shot from the hip and hit my foot. The story is inaccurate. Argentine ant colonies aren’t so big they can dominate the West Coast. It’s more intense than that. It seems that the Argentine ants in Europe, the US, and Japan regard themselves as one big colony.  That would be totally heartwarming if they weren’t ants.

Polyploidy is a genetic characteristic that’s quite common in domesticated plants.  As I understand it, he said nervously, looking into the distance, in the old days, they’d use juice extracted from crocus bulbs with a garlic press to induce polyploidy in marijuana seeds.  That’s right, organic genetic engineering is old news, folks.

The most horrifying photo I’ve seen recently was of a blue whale taking a dump. If that’s the kind of thing you want to look at, do your own search. You disgust me. But it highlighted the importance of whales to the overall ocean ecosystem. Not just fertilizing phytoplankton, but the deposit of a whale carcass on the ocean floor is a significant event called a whale fall.

The degree to which we’re screwing the ocean over boggles me. What is obviously a finite, closed system is being aggressively over-fished while we watch climate change and pollution kill off the coral. Plastics are killing off jellyfish eaters like sea turtles. Practices like drift netting and vacuuming the seabed for scallops show an absolute distain for sea life. And the fish keep getting smaller and fewer…

We, as a species, will not begin to address this problem until a while after it starts smelling bad and starving people. But it’s nice to dream that people might start noticing before everything has gone completely to hell.

When the idea of the snot whales came to me, it was obvious right from the start that they were the bastard love child of Maya Lin, who, among her many works, designed the Viet Nam and Civil Rights memorials, and Mark Pauline, who makes machines that fight, frighten, and seem to have their own agendas. A lot of US art seems defensive and reactionary to me – if my country ever develops a mature culture, the kind that other nations legislate to defend, I’ll bet these two are in the canon.

There will be more tomorrow.

Check the whales and dolphins page at
http://skaphandrus.com
a comprehensive catalogue of marine species to sea lovers.