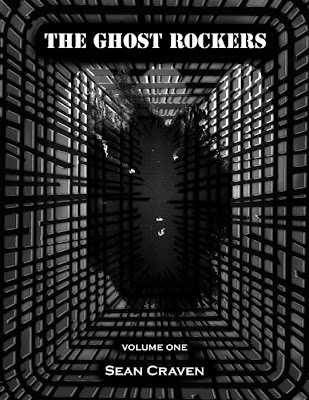 So as I worked the novel became more and more autobiographical. I lost sight of what I was doing and started to think I'd finished it long before that was the case.

And the writing was a bitch. As I mentioned in the first post, I found that if I was writing other things it screwed with the novel. And I'd frequently get to a place where I was stuck, had no idea where to go next. My mom, Zoe Bishop, died during this time and that didn't help in the short run.

As an aside, after her death I helped my sister and her husband clean out her house. And when I saw her work space I realized that she was a serious writer-in-training. She never told me... That was a bit of a shock.

(Rest in peace, Mom. Next weekend when the missus is out of town I'll get a pack of Kools and some Budweiser and toast your memory.)

As I struggled with the story I found that a good way to get past the sticking points was to just have something happen. It was the old Chandler approach -- if things get dull have two men come through the door with pistols.

Not only did that give the individual slow spots a little excitement, it also gave me questions. What is that snake thing? Who's the Deacon? How does the Limbus work? What is the anatomy of a soul?

Questions are the heart of story. What if? Why?

I also began sticking figures from classical and Scandinavian mythology into the works on a similar basis. And when I did that they insisted on bringing the other characters from their dramas with them. The novel began to drift away from autobiography into fantasy.

And the damned thing kept growing...

To Be Continued.
Posted by Sean Craven at 7:30 AM