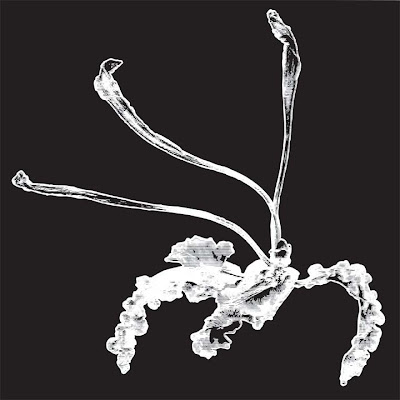 Right now, if I had two straight days of solid, uninterrupted work, I'd be done with the draft. Three days? Ready to send out to readers.

While I have been working every day -- more than three thousand words yesterday -- that statement has been true for a solid week now. If I had gotten two consecutive days of real work in the last week, I'd have finished the novel.

I made plans. I declared limits. I asked for assistance.

Well, it's not like I haven't been doing other things. For instance...

When I broke it down for myself, the first layer of explanation involved other people. My momentum was broken by requests for various forms of assistance and companionship and so on and so forth.

So? What makes my work their responsibility? Most of the time, I never even hinted that people were eating time I could ill afford. And I wanted to do everything I did. And even when people were being unreasonable, I still had the option of yelling, "Leave me the fuck alone, I'm trying to fucking work here!"

The reason this is an issue all of a sudden is that I'm having a new kind of creative experience. It is now possible for me to hold the novel in my head. I understand the story, I know the page-by-page flow, the breakdown of scenes, everything down to subtle thematic issues and obscure references to science, pop and high culture, history, etc. I do this with short stories, but this is the first time I've been able to do it with a long-form work.

This allows me to do the fine manipulation that I haven't been able to do before. I can understand how specific word choices, specific pieces of information, can affect the entire work. It's a holographic understanding, and it is kind of an incredible piece of thinking. You'd be proud of me.

The thing is? It is intensely demanding of my concentration. It takes me an hour or two of fucking around on the internet and poking at the manuscript before I can erect the whole thing in my head.

Once it's up, I can work like a son of a bitch. But any confusion, any need to think about other stuff? It collapses catastrophically, and the experience of massively disorganized thought is intensely uncomfortable. Honestly, the temptation to physically hurt myself in order to restabilize... huh. I was going to say I've avoided giving in to it, but my cuticles tell a different story. (Hey, cutters! Cuticle mutilation is our version of nicotine gum.)

Blaming others is pointless. I tend not to treat my work time with respect. If someone wants me for something, they can get me. It's assumed that as the layabout, I'm the one who needs to make way.

I make that assumption as well.

This is okay when it doesn't interfere with the work. If I am working in a way that lets me pick up and put down the work at will, that's fine. But right now?

I need a higher level of respect from myself and the people around me.

I'm getting this done, and it will finish off at its own pace. But it will be done faster and be a stronger work if I am allowed a period of relative isolation in which to work.

So. Right now, the missus has her father coming to visit. It would be a war-between-the-sexes crime if I were to insist on that right now. I shan't. I'll enjoy him while he's here, shore up the missus as she's pummeled by the brutal tides of family, and then?

Well. I need to devote a little thought to it, but I will arrange my life to temporarily accommodate a period of functional insanity from me. I will need to spend a chunk of my day in isolation, and I won't be able to read or watch any stories. Words other than the novel are active enemies at this point.

I've started hearing back from the writer's groups, and the word is good. What I've got so far is doing what I want it to do, finally. Interestingly, after I resentfully lopped out most of the drug-themed sub-plots, all of a sudden a number of different readers started spontaneously using the word 'psychedelic.' About damned time -- this is adventure fantasy for people who read Hunter S. Thompson for the adventure and Carlos Castenada for the fantasy. This is me claiming Star Wars/Lord Of The Rings territory for the stoners who form their core audience anyway.