Well, He Started It. 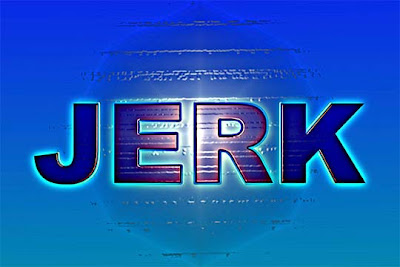 So Rob sent me this letter that was sent to Swill inquiring about our pay rates. I'm not going to print it here; you can probably figure out everything you need to know from my response. I am so going to hell for this.

I’m not sure what the appropriate response to something like this would be. Part of me wonders if in your innocence you’ve gotten the impression that a display of brash vulgarity would impress us; part of me wonders if you’re as arrogant as your letter makes you seem, which would be unfortunate for both you and those around you.

If my first guess is true, please. No one responds positively to this kind of rudeness. If you aren’t an asshole don’t play one for effect; from the outside there is no difference between someone who pretends to be an insufferable dickwad and the genuine article. And unfortunately you simply are not gifted in your chosen arena -- this letter doesn’t just give the impression that it was written by a jerk; the incompetence with which it is riddled eliminates any strength of provocation you may have intended. Rather, it falls under the category of ‘irritainment,’ something simultaneously laughable and annoying. I love it because I hate it. Of course the appropriate response would be for me to ignore this but hey. It’s not often I get an opportunity to let someone know exactly what I think of their writing; thank you very much for the opportunity.

(Incidentally, when you say that your fiction is better than that of Hemmingway and Fitzgerald two thoughts immediately came to mind. One is that I dislike the work of both writers; the other is that I doubt you’ve read much by either. Or by ‘others of their ilk.’ Or anyone else. And I guarantee you that there are a lot of ‘candy asses’ in the world who are better writers than you are – and quite possibly better human beings.)

Allow me to make a few suggestions that might prove useful.

First, learn to swear properly. ‘What the piss’ is the kind of thing you hear from a child first experimenting with profanity – by starting out with this phrase I immediately pictured you as a strutting fourth-grader who’s just figured out how to give people the finger. ‘What the fuck,’ or ‘what the hell’ are, though timeworn, still sturdy expressions. To insert a random word into a familiar phrase is a gesture in the direction of creativity, I will grant you. Perhaps further study and experimentation may produce results – let me know if your research along these lines progresses usefully.

One suckles at his mother’s breast, one sucks at his momma’s tit. (I wonder if this is your problem – were you breast-fed? It is important to an infant’s physical development and ability to resist disease. Perhaps you suffered an early fever or a diet deficient in protein?)

And it’s interesting that you chose to capitalize Goddamn but not hell. Consistency is important; pick an approach and stick with it.

In the non-cuss category of errors there is the issue of exclamation points. Good writers use them sparingly. Some very good writers such as Joe R. Lansdale never use them at all. Your ratio of periods to exclamation points is one to four. And to use two exclamation points in conjunction with a word written all in capitals gives the impression that you were taught to write by one of those diseased imbeciles who write hateful anonymous messages on the Internet. I assure you, they are not good models for anyone with literary aspirations. Perhaps you should consider text messaging as your medium of choice.

And finally, when you say that ‘most lit mags’ list their pay rates in their submissions guidelines, well. That would be true for paying markets. The literary small press tends not to pay. It is either a calling or a hobby, depending on your perspective. I put a considerable amount of work into Swill and have not seen dime one nor do I expect to. I’m not sure if we break even on our sales. And that’s what it’s like for the little magazines such as ours.

If you want pay, I’d suggest submitting to magazines like Granta or The New Yorker. LET ME KNOW HOW YOU DO!!

Thank you very much for your letter; it was a real pleasure.

I'd gladly post the letter if anyone wanted the details. Glad you had the energy to deal with it appropriately. The Hell with reading Fitz and Hem; I don't think this guy made it all the way through the Swill site.

For one thing, we're selling a lot of writing with several pages of artwork for $4 an issue, which should give a pretty good idea of what we're paying the writers. Postage is over $2 on domestic sales, more than the cost of the magazine on international sales. If I was trying to make money I'd choose a different profession (and I have - if you'd posted the actual email the sheer greed of the writer would be shown along with his other fine traits.)

Also, the emailer seemed in some way to be threatening us - with what was left up in the air, the implication being that we should fear his opinion. Um, no. For one thing, it's idiotic to insult an editor while asking for guidelines. For another, if you make it all the way to the "Why Do We Exist" page on the Swill website, you get the text from the back cover of our 2nd issue, including the line

'We want some of you to like what we do; we don’t give a fuck if any of you like who we are.'

Look, we're a magazine that makes no money, yet we've published Spencer Dew, Delphine LeCompte, and Bucky Sinister. Oh, and a story in issue 3 by Gene Hines that Harlan Ellison recommended to Ellen Datlow for possible inclusion in The Year's Best Fantasy and Horror.

And I'm supposed to be bothered by a righteous email from an author who considers himself above the whole litzine scene? Maybe he's the guy who once applied to our Monday night writing group and spelled literature with a capital L. The thing is, I work well over 40 hours a week, come home from work and do the paperwork for the other family business (oh yeah, I have a family, basic wife and children setup), hang out with the family for quite awhile as we're all night owls, have my own writing and edit two magazines that exist because those of us involved want to publish good writing.

I love Swill, and I love Monday Night. I think the fiction we're publishing in those magazines is better than that being published in almost any other magazine in the country. Academically trained writing bores the shit out of me, it's turned literature in this country into a fucking factory and the number of people reading it reflects that.

All too often the unpopularity of fiction in the U.S. is blamed on the public for not reading this crap. Shit, I love to read, and it isn't easy to find a fiction magazine I can even remotely tolerate. There are a lot of magazines out there so I'm sure I'm missing a ton of them, but if that ton is like the tons I'm finding, "missing" is the wrong word.

Side note - when someone sends you an email, there is no requirement on your part to keep any aspect of that communication private. Including the name of the sender. Not that I have any desire to divulge this person's name, but it reflects on his intelligence that he's insulted us and left it to our discretion to make as much of this public as we choose.

Another side note - I'm damn fond of some of Hemingway's short fiction, especially Hills of Kilimanjaro, and I distrust anyone who dismisses EH's body of work without getting to specifics. Especially if the critic in question can't put together one entirely coherent paragraph.

Side note the last - we are Swill, and if you fuck with us we will not be raped. We are named after something that comes in a bottle. Cheers.

Rob -- I'm forwarding his response to you. Turns out that the old saying that you should never blame on malice what can adequately be explained by stupidity doesn't always hold true. He was deliberately yanking our chains. And it's pretty clear that any reaction -- at all -- to what he says is gratifying to him. The tone of triumph in email is just adorable.

It's kind of annoying but I've learned a lesson here -- actually, two lessons.

One is that if someone sends you an email that's incomprehensibly offensive then it may well be a deliberate provocation.

The other is that I can't let myself react to internet interactions the way I do in face-to-face situations. Although I doubt if I'd have been as verbally oriented if I were confronting this guy in real life.

Next time we get something like this the smart thing to do is round file it, after noting the name just in case we're lucky enough to cross paths with the sender when they're in a vulnerable position. When you're confronted with a pile of shit there's no credit in adding to the pile.

But please feel free to disseminate both of his emails to interested parties -- it might be a good idea if other folks likely to receive his attentions knew about this kind of behavior. Me, I don't want to risk giving him any more satisfaction -- which, as I said, will result from any kind of attention he gets.

Two things that stood out from his response:

1) He's been nominated for a Pushcart prize. God knows how many times I've read that in an author bio. I don't recall ever seeing it in the bio of someone I've published.

2) In his defense, he refers to an article he wrote. Not that it's likely to defend the specifics of your critique.

Mainly it appears that too much energy has been put into this, especially as there will never be any concession of defeat.

So entirely laughable - the both of you bitching and moaning. Sean, that shitpile is a reflection of you very own true self. Rob, Pushcart nomination envy - for sure sucker. Together you form a cowardly duo - the truth lies in my New Yorker piece -yet you fear it.
From Dante's Ninth Circle.
Christopher Roberts

He's pretty well known as a troll/sociopath and writes unbelievably awful reviews on Amazon. He's also the village idiot on the Huffington Post.