Ten Thngs I Have Done That You Probably Haven't 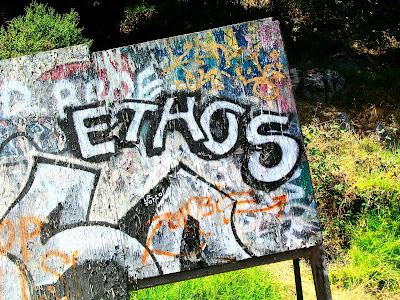 In response to John Scalzi's taunting post, here we go.

1. Faced down a Hell's Angel after he rammed the car I was in with a pickup truck. (I didn't know he was an Angel at the time, he thought I was a deaf-mute channel for the Devil...)

2. Nursed a fledgling sparrow to maturity. Best part? When it landed on my shoulder days after I let it go...

3. Written Cockney dialog for Cockney actors and a Cockney audience, as broadcast on the BBC.

4. Debated Mortimer Adler to a standstill at age 14.

5. Befriended a baby elephant, who then tried to keep me.

6. Heard a fellow student shot to death while in my typing class. I'm typing now, if you notice.

7. At a friend's request, operated on his dog's ear to drain a hematoma; the vet who put in a drain later confirmed my diagnosis and praised my work.

8. Laid a brick path around a planter, starting in one spot, laying bricks as I went, and the bricks at the end slotted perfectly with the bricks at the beginning. A pal went behind me and mortared as I went -- we knew I could do it, even though I'd never laid bricks before. Artist's eye, motherfuckers.

9. Pushed a needle all the way through my thumb in fourth grade, for reasons only G. Gordon Liddy would understand.

10. Turned down work as muscle for a mid-level drug dealer.