A Taste Of The Novel 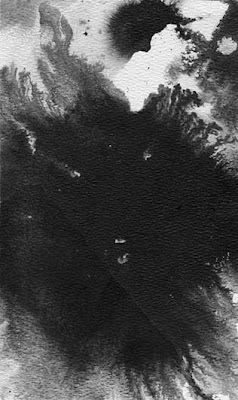 Just for giggles, here's a taste of the revisions I did today. All contents © Sean Craven.
from

I sat down on the walkway. There was no way to get comfortable on that cold metal grid. It ground against the bones in my ass. I leaned against the colorless stucco wall under a window and my eyes closed on their own.

It was the sound of heavy staggering footsteps that woke me. My neck was stiff and my butt was numb. When I saw the figure coming toward me I rolled to my feet and stamped to get the blood flowing again.

He – it – was only approximately human. It had two heads, one set centered on its shoulders, the smaller one crowding against it back and to the left. As it got closer I could see that the broad torso was actually two bodies fused together. One arm was normal, the other too big, with an extra elbow and a hand that had more fingers than I could count in a glance. It had a blanket wrapped around its waist, partially concealing three legs.

“Let’s just get out of here,” the little head said. It had short brown hair and a receding hairline. “We don’t know him, he could have a gun or something.”

“Tell you what. If you’re scared you can stay here and wait for me,” the center head said.

“Well, you don’t have to be a little bitch.”

“Hey boy,” the front head said. “You must be lost, huh?” He grinned at me, big yellow teeth in a red face. He held up his small hand. “I bet you got lost and now you’re scared, right?”

The brown haired head was just visible over his shoulder. “I think I seen this guy somewhere,” he said.

This was when a smart person would lie.

“Yeah, I think we ran into each other before.” I looked right in the blonde head’s eyes.

“Wait a minute, it’s starting to come back to me,” the blonde head said. “I think I remember some fuckin Nazi likes to throw people out their beds is what I think I remember. Fuckin little Hitler shitler thinks its fun to fuck with people just trying to stay warm. That’s you, right? You’re that guy? Fuckin fancy department store guy?” He stepped forward. His ugly hand dragged its clustered knuckles on the walkway, then whipped up to stroke his chin.

I kept my face still and my gaze steady.

Email ThisBlogThis!Share to TwitterShare to FacebookShare to Pinterest
Labels: The Ghost Rockers